A selection of images from riverside walks around Peebles 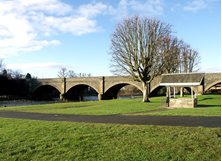 Gentle and fairly easy walking route along the banks of the Tweed
Categories
Popular tags
View all
website created and maintained in Peebles by tstf.co.uk
All contents copyright © 2011 - 2021 tstf.co.uk. All rights reserved.